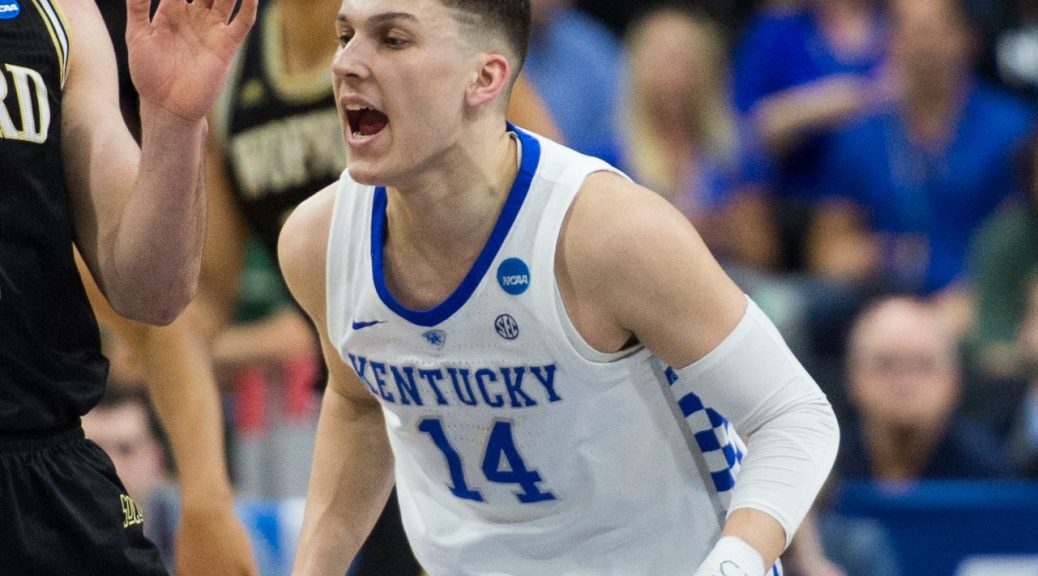 A good free throw shot is the foundation for a good jump shot. A jump shot should use the same release as a free throw, but should gain more power from the legs. This is why a jump shot is called a ‘jump’ shot. The jump is used to create the power on a good shot. While a free throw should use leg power, you won’t often see a player jump on their free throw. This is because that level of power shouldn’t be needed for just a free throw.

Downside of Using Free Throw Percentage as an Indicator

While free throw percentage is one of the best indicators for judging whether a player’s shot can translate to the next level, it should never be the only indicator. The best scouts in basketball use both the eye test and the analytics test. A shot still needs squared up feet. The best shooters such as Stephen Curry and Kyle Korver use their feet to square up to the basket. This squaring up allows for a player to aim their shot.

A shot also needs to have a good release point. This is often judged by how high a player’s release point is, or how quick it is. A player like Stephen Curry has an incredibly quick release, while a player like Kevin Durant uses their length to take advantage of their high release point. Watching footage of a player’s free throw shot, alongside the percentages of a player, should give a good indicator of a shot form.

A free throw shot is not contested. This makes it hard to see how a player will adjust to defense. This is a main reason why free throw percentage should never be the only indicator used.

Successful Examples in the NBA

Karl-Anthony Towns, Tyler Herro and Jayson Tatum are some of my favourite examples of players whose free throw percentages were used to project their 3 point shooting.

Karl-Anthony Towns was only a 25% 3 point shooter at the College level. Towns also only attempted 0.2 per game. Towns shot 81.3% from the free throw line. Towns’ free throw shot and smooth shooting form led to the Timberwolves betting on his shooting potential. This paid off as Towns shot 41.2% from 3 this season. Even though Towns’ defensive potential has not translated, he has become an elite stretch 5 on offense.

Herro is a very recent example of great free throw shooting translating to a good jump shot. Herro has played incredibly for a 20 year old in the playoffs. This has led to some wondering why he was only drafted 13th overall. This was largely due to his short wingspan and only shooting 35.5% from the 3pt line. What the Miami Heat were betting on was Herro’s quick release, great shooting form and 93.5% free throw percentage. Herro’s ability to shoot at the NBA level should not have come as a surprise to those who paid attention to him at Kentucky.

The third recent player I want to look at is NBA All Star Jayson Tatum. Tatum possessed advanced footwork in the NCAA and a solid shooting form at the College level. However he only connected on 34.2% of his shots from deep. Scouts paid attention to the fact that he had a good shooting form and made 84.9% from the free throw line.

Lonzo was viewed by many as a surefire NBA star. Not many point guards can claim that they made 55.1% of their field goals and 41.2% of their 3’s. Unfortunately this success did not continue into the NBA. Over 3 years in the NBA Ball has shot 39% from the field and 34.1% from the 3pt line. This could have been predicted from looking at his free throw percentage in the NCAA. Ball only made 67% from the free throw line in the NCAA. Lonzo Ball also struggled to shoot against taller defenders. A large part of this was his awkward form and low release point. Up until this year Lonzo also did not consistently square his feet up on his shot. This season Ball improved his shot by straightening his form and squaring his feet up much better. While Lonzo struggled in the NBA bubble, I believe that the improvements he has made to his shot are a good start that he is going to need to continue.

Brandon Ingram is an example of a player who drastically improved his shot in the NBA. Brandon Ingram shot 44.2% from the field and 41% from deep. However he only shot 68.2% from the free throw line. Up until the 2019-20 season Ingram never shot over 69% from the free throw line. This led to Ingram being a streaky 3pt shooter. In his rookie year he shot 29% from deep, 39% in his sophomore year and back down to 33% in his third year. Fortunately Brandon Ingram put in the work to readjust his jump shot for the New Orleans Pelicans. Ingram straightened his shot and fixed his footwork drastically. This has led to Ingram blossoming into an elite scorer. His free throw percentage soared up to an incredible 85.1%. Much better than the 67.5% FT last season. Ingram managed to transform into an all star this year with 23.8pts, 6.1rbs and 4.2asts per game. He did this on a 46%FG and 39% from the 3pt line.