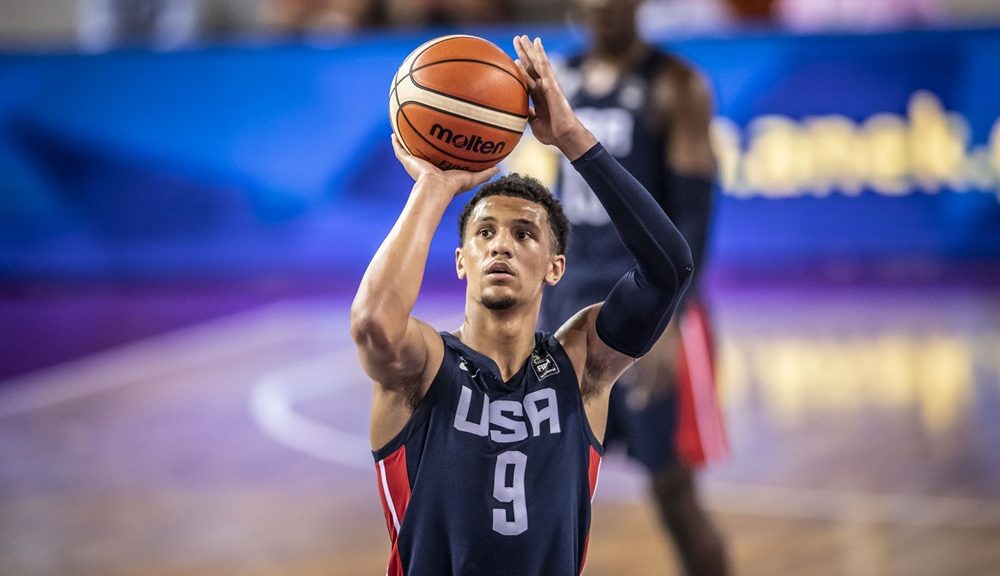 Gonzaga has started the 2020-21 College Basketball season hot by winning their first 15 games in a row, placing them as the number 1 team in the nation (as of January 24th). One of their most key contributors has been their freshman point guard, Jalen Suggs.

Jalen Suggs plays with a rare combination of intelligence, athleticism and toughness. Using these attributes Suggs is able to be a force on both offense and defense. At 6 foot 4 Suggs is also capable of playing either guard position. In modern basketball this versatility is highly sought after. On offense Suggs has proven himself to be a strong, skilled and crafty finisher. He has also had a lot of success as a passer and playmaker, which is especially impressive due to the fact that he is playing alongside so many other ballhandlers. On the defensive end, Suggs has proven himself as a strong on-and-off-ball defender. This again reiterates his versatility, but this time on the other end of the floor.

One of the most interesting facts about Jalen Suggs is that he was ranked by ESPN as the 23rd best dual-threat quarterback in the 2020 recruiting class. Suggs had offers to play football for Ohio State and 4 other teams. This quarterback experience will serve him well as his decision-making and ability to take contact will be very useful in the NBA.

Jalen Suggs is commonly listed at 6 foot 4. This is a near perfect height for a point guard in almost any era of the NBA. Suggs uses his height to switch onto shooting guards and the occasional small forward. While not a freakish height for a point guard, this is still taller than the average lead guard, allowing Suggs to see and pass over shorter defenders.

Suggs uses his strong 205 lb frame to finish through contact on offense and to defend larger players on defense. If Suggs chooses to, his frame is large enough to add muscle to, or he can stay at a similar size to what he is now. This will depend on which team drafts him and the role he is expected to play. At his current weight he is certainly strong enough to finish over or through bigger players.

According to Jonathan Givony and Mike Schmitz of ESPN (and DraftExpress), Suggs’ wingspan exceeds 6’5. This is a solid wingspan for a point guard. Fortunately for Suggs, point guard is the position in which wingspans matter the least in the NBA.

Jalen Suggs is one of the most athletic players in the draft. He has the explosiveness to deliver crazy dunks. Suggs also possesses elite speed that should translate instantly to the NBA. Suggs has an innate and rare ability to completely shift speed while retaining full control of the ball.

13.9 points per game is solid for a freshman, but what makes this average more impressive is the fact that Suggs is averaging this as the third top scoring option on his number 1 ranked team. Due to the team having multiple scorers averaging double digit points, Suggs does not have as high a usage rate as other star freshmen. 60.2% from inside the arc reflects his elite ability to score at the rim.

Suggs has shown flashes of being a good shooter. His three point percentage has dropped as the season has progressed, but his free throw percentage has risen. At this stage this is a relatively positive sign. A high free throw percentage indicates a player has good shot mechanics and is usually the basis of their shot. While 73.2% from the free throw line is not overly impressive, it is very promising that it has risen up from the sixties. This improvement also is a good sign that Suggs possesses a very high work ethic.

4.9 assists per game is very good for a player on a team full of multiple ballhandlers and an offense focused on ball movement. Suggs gets his assists through smart passes and unteachable court vision. In order to take the next step in his playmaking abilities, Suggs will need to improve his handle further and decrease his turnovers. Suggs is currently averaging 3.0 turnovers per game. This gives him an assist-to-turnover rate of only 1.63. While this is not a bad assist to turnover ratio, in order to become a great lead guard he will need to cut back on these turnovers.

Suggs’ good defense is reflected in the stat sheet through his 2.3 steals and 0.5 blocks per game. Many of Suggs’ steals come from his good timing on intercepting passes. Some players gamble too much to get steals, but Suggs generally calculates when to intercept the ball very well.

If I had to compare Suggs to an NBA player it would most likely be a young John Wall. While not a perfect comparison, they are both athletic point guards with great physical tools and passing abilities. While John Wall was more athletic and has a much longer wingspan, I would argue that Jalen Suggs has a higher basketball IQ and understanding of the game at the same age.

When adjusted to per 40 minutes, Wall averaged 19.1 points, 4.9 rebounds and 7.5 assists per game. These are incredibly similar stats to Jalen Suggs. Suggs’ stats are slightly better per 40 minutes, however Wall played 8.2 minutes more per game making it hard to compare the stats directly.

If Suggs can continue to improve his shooting I believe that he has the potential to have a better career than Wall. While I don’t expect Suggs to have the same individual success of a prime John Wall, I believe that his style lends itself more to winning basketball.