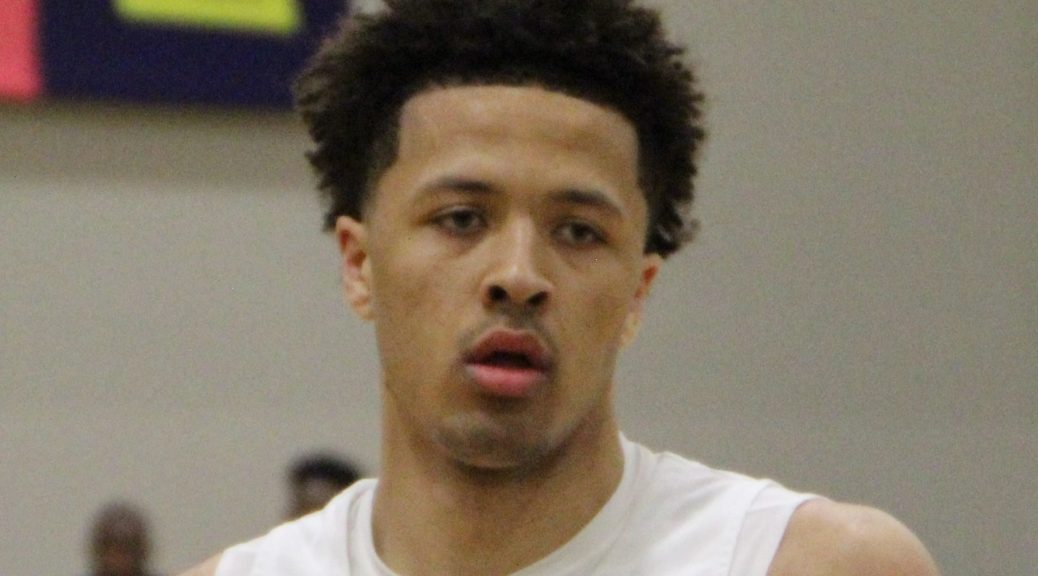 Cade Cunningham is a near perfect prospect in the modern era of positionless basketball. He is a 6 foot 8 playmaker who is capable of playing the 1 through to the 4. Cunningham’s versatility makes him dangerous for his opposing defenders. His ballhandling and perimeter shooting make him tough to defend for big men, and his hook shot and driving ability make him a tough cover for guards. These skills make him the current favourite to be the number one pick in the 2021 NBA Draft. While I personally don’t view Cunningham as a point guard like some do, I believe that he can become a lethal scorer and great secondary playmaker.

Cunningham is generally listed at around 6’8. This height gives him a huge advantage as a playmaker. If Cunningham is played at either guard position, he can use this height to pass over shorter defenders. This height will also allow him to defend the forward positions, taking the pressure of having to defend the ballhandler off of him (similar to how Seth Curry defends the point for Ben Simmons, and how Josh Richardson defends the ballhandler for Luka Doncic).

Listed at 220 pounds (99.8 kg), Cunningham has the weight and strength to play at least 4 positions. If Cunningham intends to play at either guard position, this could be a very good weight to maintain. Even if he wants to move to the 3 or 4, he would only need to add at most around 10 pounds.

According to Jonathan Givony and Mike Schmitz, Cunningham’s wingspan exceeds 7 feet. From a physical point of view this is excellent. This should allow Cunningham to become a good defender. So far at Oklahoma State, Cade has shown flashes of great defense. In order to become an NBA level defender he will need to become more consistent, but that should come with NBA level coaching and his continued work.

Cunningham is a good athlete. While not a ‘freak’ athlete, he is certainly athletic enough to be considered an elite NBA prospect. Cunningham’s athleticism can be seen in his high school highlight reel below:

19.4 points per game is very impressive in the NCAA. Especially due to the fact that his team has won 7 of their first 9 games. Ideally this should indicate that Cunningham has the potential to be a legitimate scoring threat at the NBA level. This scoring comes from a variety of different places as he scores both from the perimeter and in the paint.

Cunningham’s jumpshot has been impressive so far. While it has dropped off since earlier in the season, he has shown solid mechanics and good repetition. This is reflected in his 36.7% 3pt percentage. Many scouts often use free throw percentage as an indicator for how well a player’s shot will translate to the next level. In this case Cunningham’s 80% free throw percentage is a positive sign. These indicators show that Cunningham’s shot should translate to the next level with the right coaching.

3.6 assists per game may be underwhelming to some, however only one other player on the Oklahoma State Cowboys is averaging double digit points. With a lack of scorers around him, Cunningham is not going to always be rewarded for good passing.

The only real red flag in Cunningham’s statistics is his high level of turnovers. With 3.6 turnovers a game, Cunningham is only maintaining a 1:1 assist to turnover rate. While this can be attributed to Cunningham’s high usage rate, it still needs to be acknowledged.

Overall, Cade Cunningham looks like a first overall pick. He appears to be oozing with potential in almost all aspects of his game, and already possesses some advanced skills. These skills include his better than expected shooting, his playmaking and his quick post moves against smaller defenders. Cunningham has also shown good defensive instincts early on in his career. If the draft was today, drafting Cunningham 1st overall would look like an easy choice in my opinion.